A man tries to find a song that changed his life. But his temper gets in the way. | Customer Service

» Subscribe for award-winning short films: sub2.omele.to
» Get some merch: shop.omele.to
Customer Service is used with permission from Alex Medina and fila20 filmes. Learn more at omele.to/2Ohlfvv.
THE BEST OF OMELETO
» Celebrities on Omeleto: omele.to/celebrities
» Top-Rated Films: omele.to/toprated
» Official Selection: omele.to/officialselection
OMELETO ON SOCIAL
Instagram: instagram.com/omeletocom
Twitter: twitter.com/omeletocom
Facebook: facebook.com/omeletocom
Reddit: reddit.com/r/omeleto
Charles is on a mission: he heard a "wonderful song" on his flight the previous day, and he wants to find out what it is. Unable to figure out the title and artist of the track, he's now on the phone with the airline's customer services as he flips through records at a local shop.
But dealing with the endless round of holds, waits and transfers on the phone proves frustrating, putting Charles through a uniquely modern hell just to simply find the one song that brought him joy during a rough time in his life. His temper gets the best of him, but in picking up the pieces afterwards, he gets a rare moment of grace.
Director Alex Medina, along with co-writer Juan Pablo Daranas Molina, has fashioned a comic short that, like many great comedy shorts, is an expanded scene taken to hilariously logical extremes.
What makes this short work is its total relatability, and its portrayal of the absolute absurdity of modern life. Very few people can't relate to the frustrations of dealing with customer service that seems designed to thwart and even enrage consumers, instead of making them feel listened and heard.
But while the film's situation is absurd, it's still grounded in very relatable and understandable human emotions, functioning as a witty, revealing study of anger and aggression.
The lead performance by Jordan Rennick is both underplayed and outrageous, but there's emotional truth in his portrayal on how we take the anger and helplessness we feel in one situation and turn it against someone in another entirely different but adjacent situation.
But by the film's end, Charles has a moment of self-realization and vulnerability, realizing his own part in escalating a situation. The simple, quiet way he takes accountability -- and the kindness he shows himself and others -- complete his arc in an emotionally satisfying way that feels well-earned and organic in a way that's sometimes rare in comedy shorts.
In this way, "Customer Service" is a wry, knowing object lesson in just how crazy modern life has become, and how we navigate tricky situations through acceptance, honesty and humor.
ABOUT OMELETO
Omeleto is the home of award-winning short films. We showcase Sundance winners, Oscar noms and critically-acclaimed filmmakers from every genre. Subscribe for more: sub2.omele.to
A man tries to find a song that changed his life. But his temper gets in the way. | Customer Service
in-vid.net/video/वीडियो-AB0JfXMrBUI.html
omeleto.com/247235/
Omeleto
in-vid.net/u-Omeleto
omeleto.com
🎬 Got a film? Submit it to us for consideration at submit2.omele.to

Omeleto is the home of award-winning short films. Subscribe for more: sub2.omele.to

Give that supervisor a raise.

Plot twist : you don’t get to hear the song

For anybody wondering the song was sicko mode

There's a song I'm still looking for and I don't know how to find it. It came out during the 80's... It was a guy talking, listing out over detail about each of his friends. I think it was 100 people by the end. Can someone help me out?

This guy's character arc reminds me of the "choice to think" David Foster Wallace talked about in This Is Water.

I can see why his wife divorced him.

Pretty bad manuscript to be honest, conversation does not feel natural at all.

It happened to me twice. And turned out both songs were Kenny G. And ever since, Ive been happy.

Damn he was tearin up that chick at the counter

The supervisor from the airline company plucked him and ripped his wings off before hanging up on him. Don't chew people's heads off especially when they're trying to throw you a life line!

whats the song at the end?

This is about how people pretend to be interested in things just so they can get upset when someone doesn’t know what they are talking about but. In the end they never actually cared about it which is why he seemed unfazed when learning the name of the song and why he left the jazz records for the guy playing the music he realized he never really cared about jazz and the man playing it had more genuine interest in it

The record store worker was just awful. The worst part is, there are so many workers that act just like her now a days.. on their phones and not giving a darn about anything but themselves.

Based on his mimicking of the tune at 4:05 I would say that the tune is Blue Train by John Coltrane.

"Maybe if you weren't on Instagram the entire time I was talking to you...." says the guy wearing earphones and trying to talk on the phone while speaking to her. He's rude. She's rude. They're all rude.

there's no need to be a dick

Male version of a Karen

"his temper"?? what about their terrible customer service??

The number one way people feel loved is when they're listened to.

People like him don't know how they look or sound to everyone else. They truly feel victimized by the world and justified in their verbal abuse of others.

This should be called « The redemption of Karen »

I can't remember a movie character I liked or was rooting for less.

It’s frustrating, but you gotta help them to help you too sometimes

Every one in the vid is so bad to him

First off, American Airlines would never find you your song. Southwestern, maybe.

isnt there that app that identifies a song thats playing? should be the commercial for it.

This was getting painful and I was just ready to give up. I was already kind of on edge after a tense day, and this guy was just making it worse. Then what happened somewhere around 8:00 just turned it around and I laughed out loud. It’s pretty cool this guy got it twice, the first time when the guy threw it back in his face, and the second time when the lady killed him with kindness. If that doesn’t teach him, nothing will.

We’ve all been there.

this guy handles himself and the service rep like a tool. and what a crappy record store.

the cops/instagram/snap line was really funny.

what was the song name

this is why you must always have shazam or some other music ID app on your phone.

Anyone knows what was the song name! That he was looking for,,😉

Iohana Sanchez. She is listed in the closing credits. And I agree, very pretty.

I can see myself in this character, albeit not nearly as aggressive

This is a good story about how angry and frustrated people can be and subsequently vent that anger onto other people, generally innocent bystanders. A little love and patience and warmth can go a very long way toward making everyone feel better, if only for the moment.

Wow, I wanted to give it a thousand likes.

This is kind of cathartic I wish I could tell dickhead customers just to leave the store if they're rude to me.

He didn't know it, but the song he wanted was on one of those albums he left in the busker's instrument case.

Plot twist: His phone doesn't even work. The voices were all in his head.

How it is true, I am bit confused.

On a a side note, American Airlines is absolutely the WORST. If you ever boom with them, you'll never again.

The moral of the story is if you build a good music recognition app you're gonna make bank.

So whats the name of the damn song._.

No one working in a record shop is ever that pushy..... record shop workers are always super friendly at least that’s my experience
अगला 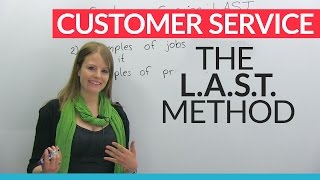 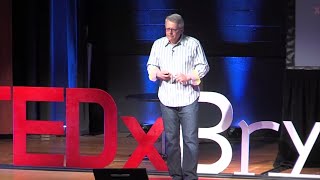 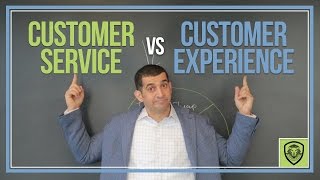 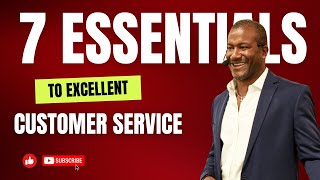 12:28
What is customer service ? The 7 Essentials To Excellent Customer Service
दृश्य 894 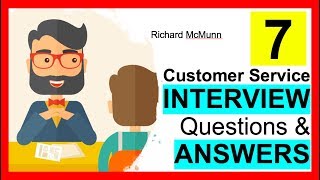 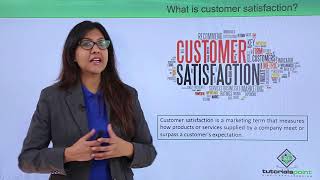 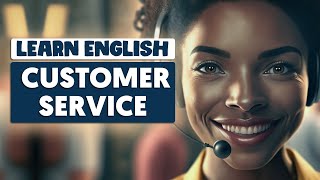 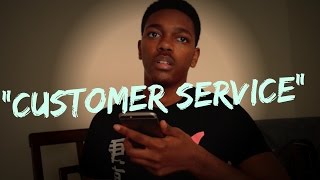 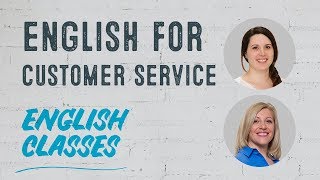 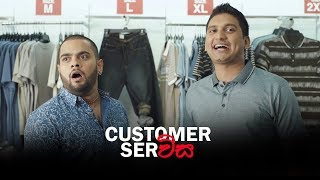 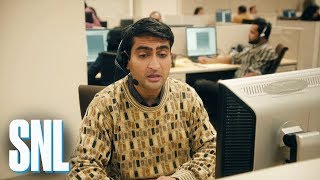 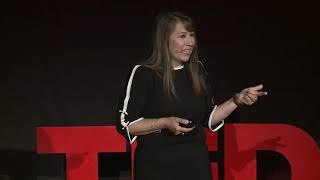 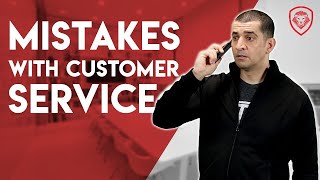 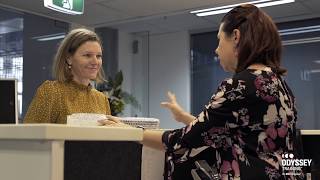 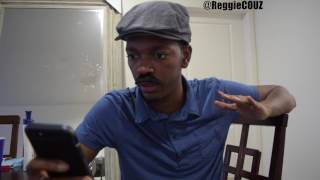 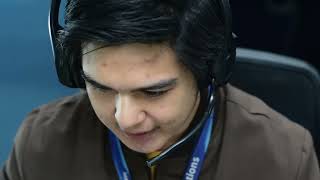 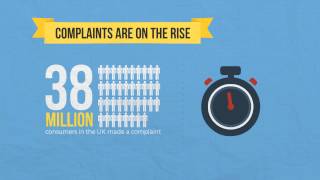 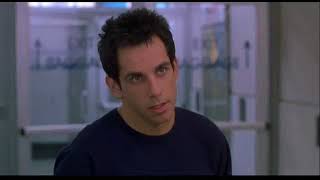 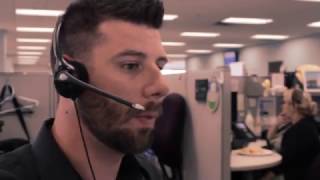 3:08
A Day in the life of a Customer Service Representative
दृश्य 85 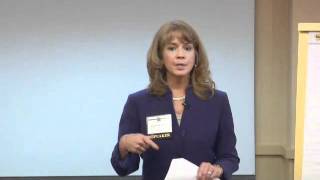