The 87th Anniversary of the Indian Air Force Day

Ok now everyone take a Big Step....that's it, show the world how stupid your are.

It doesn't matter how much modern technology India have they still manage to look like a third world outfit. Just an observation.

31:52 The Lady IAF officer having to salute a good for nothing housewife when she gets out of her Husband's chauffeured car is an insult to the very idea of merit.

I am so impressed with the video production of this event by DD. Well done Doodarshan! I would like to suggest you get close ups of the Indian units doing Present Arms, and other drills including sword salutes instead of just concentrating all the time on the parade commander shouting his orders. Us old military types like to see these. (Australian Army Reserve) I think the Rifle Drill Team was spectacular but would have preferred they use Lee Enfield 303 No 1's instead of No 4's as these are much more spectacular with their long bayonets. I know India used them in WW2. I can't get over how well Indian units drill; even the Staff Officers were very smart with their marching and saluting. I particularly love seeing so many disparit aircraft from the old Soviet Union, Europe and the USA. It must be wonderful to be a pilot in the Indian Air Force. I particularly liked the commentary by Shivendra Chaturvedi. She spoke very clearly, was knowledgeable of the units and equipment being shown and was obviously immensely proud of her country's military. Good for you Shivendra! I will keep an eye out for these Indian productions in the future. This one kept my interest for the 2+ hours. God bless the Indian Military!!!!

Can u pls say what is the minimum height required required by a girl to join air force?

LOL it so funny, it is same as visiting circus with clowns :D

The salute of the air chief is not correct.

wow even sachin was there

Respect from Japan!! 🇮🇳🇯🇵 Indian Air Force is so interesting for us. Because they keep their independence, they have A lot of products that was made in different countries.

1:47:17 I always wondered why the IAF still used the jaguars But after this i know 😍

3rd rate airforce with crap equipment. China must be shaking in its boots. It couldn't beat Bangladesh.

Gawd ! I actually saw some people dying of boredom! No kidding.

Where do the poor people and lower castes sit? Are they allowed to attend? Good luck with the show boys. The Air Marshmallow does not seem to be able to swing his arms as much as his guts.

1:31:30 LMFAO Almost busted a gut when these "soldiers" broke out into their highly trained combat formation Rockettes High Kick dances. I guess the enemies will die laughing if not choking from the massed Indian odors. And what's with the women there? This is India. Shouldn't they all be gang rapped instantly? It is the Indian custom. Well, now we know why India is the land of scam calls. Haven't seen anything that's not a scam.

@Light Yagami But raping women as a national passtime is not? Nor the scam industry that makes up most of the nation's GDP? People like you are the problem you kmow.

what is this ? fat camp for gay army? lol, they really need to change that drill

You sound frustrating or sarcastic?

Very smart, the RAF rate the Indian Air Force as one of the best in the world and if it had better aircraft it would equal or better most on the West.

Mere calling the name of the Sukhoi, the mighty Sukhoi once used to be worshipped by Indians, after getting shot down by paf just deserves a few seconds of intro...😁😁 Feeling sorry for sukhoi

@RISHABH KAPOOR ya by a missile which never left the wing of mig-21...😈😈😈u poor ignorant souls

Well you should feel sorry for mighty and only F16 which was shot down by IAF..

News about Paf shot down sukhoi was wrong..

The Tea is Fantastic 😊👌

Very Smartly done India, you should be proud of your Air Force.

They should not do these ridiculous Wagha style high kicks on parade . They look so stupid and untidy doing them , all the kicks are at a different height , legs and backs are bent. Totally out of synch and messy looking.

Fail Fail Fail Fail 1:49:20 See the plane on left hand of screen IAF Front liner Sukhui 30 MKI failed to shoot decoy flare(Salute Engineering Department of IAF) It is possible the same malfunction happened on 27 Feb resulting loss of Bison and Sukhui 30 MKI Note: IAF world's 4th largest Air-force shot down its own military helicopter , truly unprofessional Well no doubt Rafale is state of the machine like Bison & Sukhui 30 MKI but IAF is not capable of operating these machines we all Pakistanis are waiting for your heroes like Abhinandan with a cup of tea so is PAF our pride Why don't you call the defense analysts to count your warplanes like Americans count our F-16's and found no missing 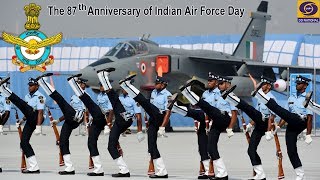 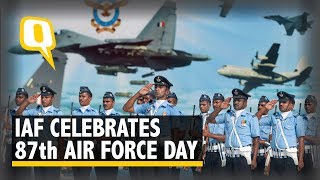 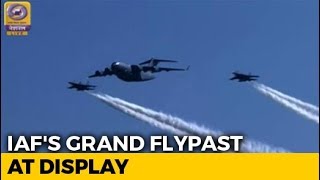 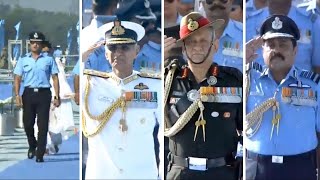 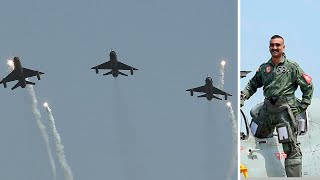 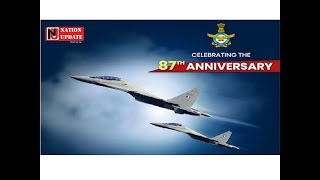 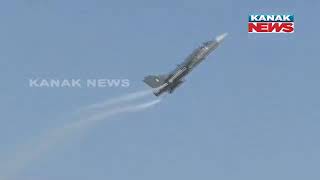 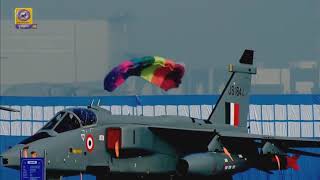 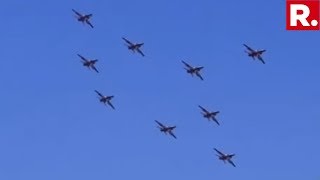 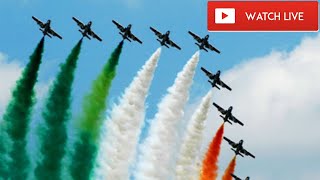 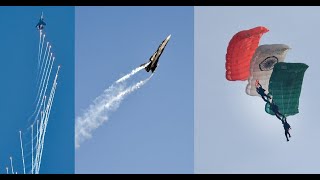 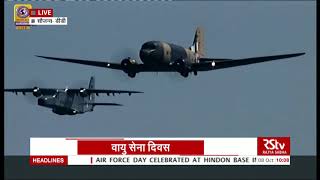 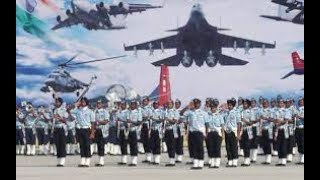 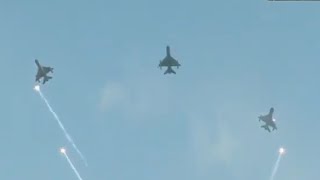 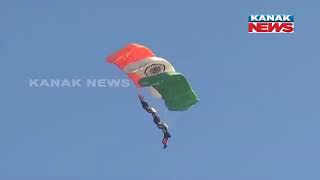 5:04
The 87th Anniversary Of The Indian Air Force Day Celebrated At Hindon Base
दृश्य 4 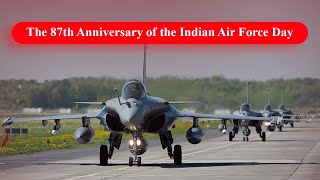